Let’s talk about varicose vein exercises. We all know that exercise is good for your general health. But when vein disease gives you varicose veins, some exercises will help you, while others can hurt your condition. Usually, exercising more will make your veins bigger. That’s because they have to send all that pumping blood back to your heart. And, evidence suggests that the more you exercise, the healthier your veins will be as well. Basically, exercise gets your blood pumping, so it flows up your vein faster. That creates “shear stress” on your vein wall. Which causes vein wall cells to secrete nitric oxide. This is a chemical that preserves your vein wall health. So, for the most part, exercise is key to improving your vein health.

In certain cases, however, exercises may cause vein problems. Especially if you already have varicose veins. Want to get your veins healthy the right way? Read on for our ‘dos’ and don’ts’ of exercising with varicose veins. Please note that we recognize many readers will currently be avoiding the gym, so we’ve included recommendations for great, at-home exercise options.

First things first: if you have vein disease, talk to your doctor before beginning any new exercise programs. (If you’re planning to start a new routine right now, we can help get you cleared in office, or with a Telemedicine appointment on the secure Doxy platform.) Once you’re cleared for activity, our Houston area vein specialists recommend starting with low-impact workouts like walking, bicycling or swimming.

Why are these great choices? First of all, you can try any of these activities while following social distancing guidelines. Plus, we like vein disease sufferers to use their legs. When you do, you strengthen those muscles, making them contract harder  and helping push blood out of your legs and back up to your heart.

In other words, stronger calf muscles make for better circulation. And that means you’re likely to experience pooling blood and other complications associated with venous insufficiency.

And, in addition to circulatory benefits, you can expect to see other positive effects:  your will likely lose weight, lower your blood sugar levels and keep your blood pressure down, helping improve your vein health—and keeping the rest of your body in tip-top shape.

While bicycling is a good vein health exercise, be careful about extended cycling routines. Serious bicyclists are more vulnerable to a kind of varicose vein known as a perforator vein. Perforator veins take blood through your muscles to your deep veins, where it goes back up to your heart. Your legs have about 150 perforator veins, and their valves come under pressure when you bike. Why?

Serious cycling puts lots of pressure on your calf muscles. It starts when you push pedals. Then, it causes huge pressure in your leg, which should cause your blood to push back to your heart. That’s why vein specialists often recommend bike riding as a good exercise for varicose veins.

Unfortunately, in some cases that pressure is too much for your valves, causing them to fail. While we don’t know exactly why this happens, studies suggest it could be a result of hunched postures or other contributing factors.

Want to prevent cycling complications? Just use caution when you bike ride. Try to practice good posture, and don’t push yourself too hard, especially if you already have varicose veins. After all, studies still suggest that your potential vein benefits outweigh the chance of popping a valve. So just proceed with caution and follow your doctor’s advice.

What Workouts Should I Avoid if I have Varicose Veins?

When you have varicose veins, some workouts might actually worsen your condition. We tell our patients to avoid exercises like lifting weights, squatting, or even some yoga poses. So now’s not the time for a new, at-home yoga routine. Without the guidance of an instructor, it will be hard to make vein-safe modifications.

Running can also be a problem. Now, it may be ok to take a light jog on a grassy surface or on a trail. But pounding your legs on a treadmill or concrete surface puts lots of pressure on your feet and legs. Which is a big problem for varicose veins.

Here’s why: Anything that increases pressure on your abdomen and lower body is not recommended, since it can reduce or stop the amount of blood flowing from your legs back to your heart. That, in turn, may allow blood to pool in your legs, causing your veins to stretch out and, possibly, fail. 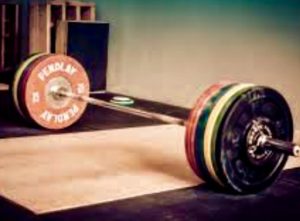 It’s also important to know that high-impact exercises, such as running and jogging, may cause your varicose veins to swell more, although wearing compression stockings and sticking to soft training surfaces can help lessen the impact of this form of exercise. But walking is always a great, lower impact option!

When Should I Treat my Varicose Veins?

Contrary to what you may have heard, varicose veins are more than just a cosmetic concern. They are a sign that something has gone seriously wrong within your circulatory system. For that reason, you should see a vein specialist as soon as you notice a vein that’s getting darker or sticking out above the profile of your skin, even if our initial consult is remote. The earlier we catch and treat varicose veins, the less likely it is that your vein disease will be able to progress. So please reach out today and request a Telemedicine or in-office visit.

In recent years, we’ve told healthy eaters  to focus on ‘good cholesterol.’ That good cholesterol is also called HDL. And it’s touted it’s heart health benefits. Popular diet plans, like the Keto diet, focus on high fat intake. These suggest that eating good fats will be good for you!

What’s behind this idea? The thinking is that LDL (bad cholesterol), not HDL,  causes plaque to build up in your arteries. This build up then leads to conditions like peripheral arterial disease (PAD). And when people have PAD,  blood flow from their heart to the rest of their body slows down. In turn, this can lead to pain, cramping, ulcers and blood clots. 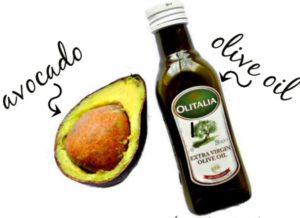 According to old beliefs, HDL moved LDL away from arteries and into the liver. That seemed to prevent the kind of plaque build up that leads to PAD. Because of that kind of thinking, people were encouraged to eat foods that were rich in HDL, like olive oil, salmon and avocado. But now, research is turning that kind of thinking around, warning us that too much HDL can be just as ‘bad’ for your body as the other kind of cholesterol.

We know that lowering cholesterol is only one piece of the puzzle. But if you want to fight bad cholesterol, look for foods with omega-3 fatty acids. These include ALA, or alpha linolenic acid, DHA or docosahexaenoic acid and EPA or eicosapentaenoic acid.

Oils, seeds and nuts are strong sources of ALA. But sourcing DHA is harder, since oily fish are the only food-based source for this omega-3.

But what fish are considered oily? Top choices include:

To get enough DHA, you’d want to have up to four servings each week of these fish. But, while DHA is important for pregnant women, eating that much fish could raise your mercury levels. So you should limit your weekly fish intake and instead talk to your healthcare provider about DHA or fish oil supplements. You should also avoid swordfish entirely while pregnant or nursing.

Even with these dietary fixes, you can’t get away with simply lowering bad cholesterol. Because, as it turns out, good cholesterol isn’t a quick fix for everything. So keep reading to find out why.

The Problem with Good Cholesterol

In this Emory University study, researchers followed 6000 people with an average age of 63 to assess their risk of heart attack or death. As we might have expected from previous studies, participants with middling HDL levels (between 41–60 milligrams per decilitre) had the lowest risk of adverse cardiovascular events. People with HDL levels below that range did, in fact, show increased risk of heart attack.

But here’s the shocking part: people with HDL levels ABOVE that range had the highest risk levels. In fact, their risk of cardiovascular events were increased by 50%! Scientists think that this increased risk is because, in high volumes, HDL may change its behavior. Instead of pulling LDL away from the arteries, it may actually transfer the LDL onto the artery walls, increasing people’s risk of vascular diseases like PAD.

While the evidence is clear in suggesting that high HDL levels increase your risk of heart attack, it is not yet proven that too much good cholesterol is the actual cause of this increased risk. At the same time, it is fact that the ‘right’ amount of HDL can protect your heart health. Given these facts, our Houston vein specialists do not yet recommend changing your diet. Instead we suggest eating heart-healthy fats in moderation. That, combined with a sensible diet and exercise, should keep you in the proven ‘safe’ zone for cholesterol.

Even with warnings about good cholesterol, there’s still evidence supporting olive oil benefits. In fact, a new study in Atherosclerosis says that daily olive oil intake protect against PAD. At the same time, it says that olive pomace oil (extracted from olive pulp) could increase your PAD risk.

The findings were part of PREDIMED-Plus, the largest nutrition trial study in Spain. It involved 4,330 participants. Researchers looked at the ankle-brachial index (ABI), considered a PDA marker. And tried to make a connection with patients’ olive oil and olive pomace oil consumption.

What they found was interesting. Participants with the highest olive oil consumption had higher ABI readings. Which meant lower PAD risks.

And, based on those findings, researchers made an important conclusion. Patients at high risk for cardiovascular disease could help prevent PAD by consuming olive oil. And they could raise their risk by taking pomace olive oil. The study appears to confirm the benefits of following a Mediterranean diet. Which is balanced and full of other heart healthy foods. And likely keeps your good cholesterol levels in the right window.

Here’s what else we’ve learned about cholesterol and PAD. Once, we didn’t worry about high cholesterol levels in young people. We thought they had plenty of time to turn the ship around, and take back control of their heart health. But now, a study from the Journal of American Cardiology has a dire warning. According to these findings, having high cholesterol in your teens and 20s is a major risk factor for PAD and other forms of heart disease.

What’s behind these findings? It goes back to bad cholesterol, or LDL levels. Apparently,. the damage LDL causes to your arteries is irreversible. In other words, even if you bring down your bad cholesterol levels in your 30s, you may not be able to prevent hardening of the arteries. Given these findings, treating high cholesterol is critical at any age. Like vein treatments, delaying cholesterol interventions can lead to worse health conditions. Which means you must seek therapy at the first sign of a good and bad cholesterol problem.

Ready to take control of your cholesterol, vein and arterial health? We’re here to help, and we suggest starting with a diagnostic ultrasound. With this tool, we can detect if cholesterol has caused any problems, and get you started on appropriate health care.